Wicked Pissah, or Unoriginal Title that’s Secretly Actually Clever to Me, I Swear

Things are very exciting, but I’m also very occupied with the everything of it all that has been the past few months, and it’s eating up a lot of time. I’m getting settled and caught up enough to start getting some extracurriculars taken care of. However, one of those is National Novel Writing Month (in which I’m participating for the first time this year but am definitely not hitting the intended word count–goal of 20,000, woooo!), and so most/all of the time I’m assigning to “writing” has been going to that.

Once again, I keep starting to write something for here, then get frustrated with not focusing and so I don’t end up posting anything at all. I would really like to start updating this more regularly, though, so I’m just going to post this so there’s something for me to keep building on.

Here look, I gave myself a challenge and did it!

Checking out all of these places was pretty fun, despite losing my gloves and parts of it turning into a bittersweet tour of places I went to first with people who don’t talk to me anymore. It’s not a particularly extensive list of sites, but as a relatively geographically-challenged individual, I feel slightly better about my knowledge of where things are in the city. I also felt pretty good about all the walking, because did I mention I pretty much walked to all of of these places? I did, I walked to basically all of them from downtown.

I’ll start writing more focused posts soon, I promise! However, my sister just asked me to help keep her on task, which reminds me that I am also not on task. Until next time, here are the things I’ve checked off my bucket list since my last post:

And here’s what I’ve added:

Oh my ugh, this is a busy summer.

I received one challenge, from my grandmother, for my trip home with my sister:

I challenge you to go to the Casa Bonita restaurant in Denver on your return trip. See if it looks at all familiar!

The restaurant of Eric Cartman acclaim has been a semi-regular point of interest for my family on trips out west over the past four decades, and I hadn’t been there since I was about eleven. I think I found all the parts of the restaurant that I do remember, but there was a lot that apparently didn’t stick the first time for me. We were pretty underwhelmed with the food (fortunately a friend warned me that it’s “the worst food ever,” so I was prepared), but otherwise I could see it being pretty fun if you were there with kids. The sopaipillas did not disappoint, and no matter what, it would have been worth it for the joy that these two Google reviews bring me:

I  know it’s longish, but seriously, I encourage you to read this surreal nonsense

Anyway, I have about three thousand things on my to-do list this summer before I move to Boston. Even though “get rid of things” is patently on the list, I’ll be honest, I did not pick up the “get rid of things” challenge when I got home like I was supposed to-do, as per my promise in my last post.

What I did do is find the bucket list I organized and then lost a few months ago–I’ve been working on a lot of lists lately. I wanna post some of that one because I can get a little negative here sometimes, I like having hopes and dreams, and at least it’s content–I’ve even finito-ed some of the items 🙂 Maybe making it public will give me more accountability or something, too:

That’s not all of it, but I’ve literally filled out four notebook pages so far, I know there’s stuff I keep forgetting to add to it, and I suspect these goals are more interesting to me than to you 😛 I’ve got a to-do list to work on anyway, so I better go cross “New blog post” off of it. 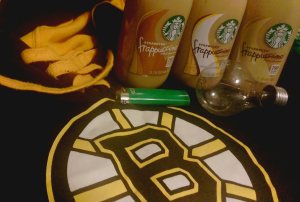 I have some bucket list work to do, too 😉

Completed my challenge! It wasn’t a particularly difficult one, but my challenger-sister and I just drove from North Carolina to California in four days, and I think I maybe made myself sick on one of them trying to make sure I finished reading on time.

My challenge was to read this book by today: 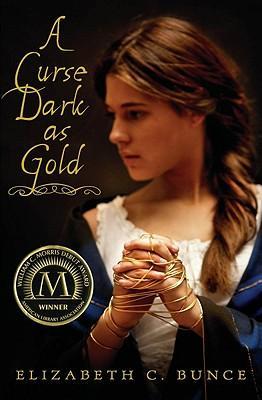 Melodramatic as that title is,  I enjoyed the novel pretty well. The story is a retelling of Rumpelstiltskin, so–as a fan of fairy tales and their various manifestations–I was excited for this challenge. It’s set in a fictional woolen mill inspired by the early Industrial Revolution and the cultural transition of values from superstition to “reason.”

The narrator is incredibly frustrating sometimes, and there are several characters in whom I was more interested, but the plot itself was strong enough that I didn’t have any issues sticking with it. It’s an easy read, I really like the writing, and I’m grateful for the pleasant resumption it provided for my challenges.

I discovered in the author’s note that she visited a functioning 19th century woolen mill in Missouri which is extraordinarily convenient to the sight-seeing trip that we’ll be taking back east next week. If I can convince my sister to read the book herself before we leave, I think it would all be pretty cute to check out the Watkins Woolen Mill State Historic Site as an interactive follow-up to this challenge.

This is the part when I should choose a new challenge from the suggestions I have. However, since I am on this grand cross-country adventure, I’d like to open the floor to travel-challenges for my sister and me in case anyone has any good ones that we can afford. My last post got 5 views, so I’m not overly expectant, but you can’t get what you don’t ask for. So! At risk of this being a particularly clumsy conclusion, I am requesting challenges relevant to a drive through northern CA, NV, UT, CO, KS, MO, KY, WV, VA, and NC. Thank you and good night.